For nutrient uptake to occur, the individual nutrient ion must be positioned adjacent to the root. There are three ways this positioning occurs – the root can “bump” into the nutrient ion as it grows (interception), nutrients in the soil solution flow to the root as water is taken up (Mass Flow) or by diffusion. Nutrients such as phosphate (P) and potassium (K) are held strongly by soils and as their concentration around a root reduces through absorption, a gradient is created for the nutrient to diffuse from an area of higher concentration to a depleted area.

Mass flow supplies the bulk of the nitrogen (N) requirement, as well as calcium and sulphur as these elements are more soluble and taken in as the plant takes in water. Diffusion is responsible for the majority of the P, K and trace elements moving to the root zone. They are taken into the root by an active process therefore it requires energy to do so. A protein carrier binds with a nutrient ion and carries it across a protective membrane and into the xylem system for delivery to the growth areas. 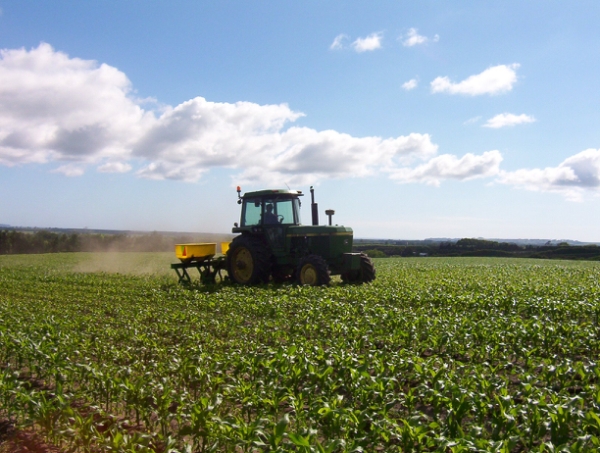 Weather can have a significant effect on the root system and its ability to take up nutrients. The location of the root system changes with temperature and moisture stress. Under ideal conditions, there is a high density of roots in the top 100 mm of soil and an even amount of root mass throughout the top 200 mm. In a dry season, the whole root system will be located deeper, where there is available moisture and lower temperatures. In wetter years, the opposite occurs and root growth is reduced and the root system is much shallower. More importantly, the activity of the whole root system is reduced – roots need oxygen to function and also their rate of metabolism is affected by temperature. Nutrient uptake can be reduced by cool temperatures and overcast conditions will also affect photosynthesis. In dry seasons, the nutrient content of a maize plant is lower – moisture stress means less uptake of nutrients as water is required for this process.

Growers have a responsibility to ensure they only supply the nutrients that are essential for crop development – anything above that has the potential to remain in the soil and leach in groundwater (especially nitrogenous fertilisers).

The timing of the availability of nitrogen (N) is one of the key building blocks of a successful crop – too little or too late will compromise crop potential. A soil test before cultivation will determine the levels of available N in the soil and provide a baseline for determining the crops needs.

A maize plant will use very little N in the first month. This increases to reach a peak prior to flowering – and with a need for phosphate (P) and potassium (K) as well as water in this key period, any stress or deficiency at this stage has the potential to cause major yield penalties for the crop. With N, split applications present the fertiliser in a more natural way – therefore a drip feed approach (or the use of slow release products) will gain the best response in the majority of situations. With a nitrogen efficiency coefficient of 60% before 4 leaves to 80% thereafter, the plant has a large need for nitrogen from 6 leaves onwards. 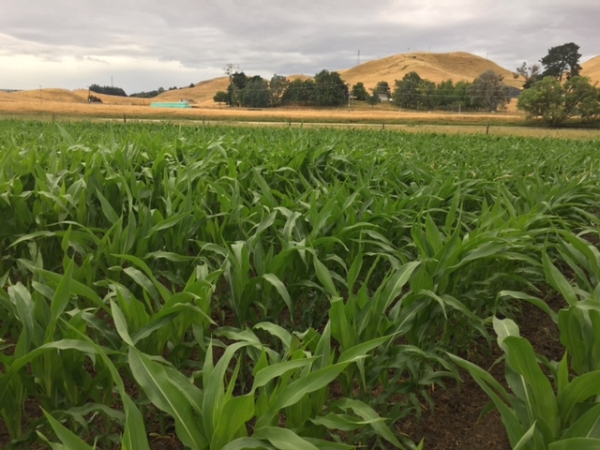 The key to what a maize crop requires is what is available in the soil less what the yield potential is and how much P and K is needed to get there. Both P and K are best added to the seed bed, but when smaller amounts of P are required, placement in the form of starter fertiliser in close proximity to the seed is desirable. P is required particularly by the growing tips of the plant, hence its importance for root growth. Any shortage, especially in the very early stages, reduces root growth and nutrient uptake and this can adversely affect the growth of the crop for the rest of the season.

K has a number of diverse roles in plants. It plays an important role in regulating the water content of the plant and with an adequate supply of K plants can survive drought stress more easily. It is essential for the transport of sugar from the leaves to the storage organs where the sugar is converted to starch. It plays a major role in maintaining the turgor (i.e. rigidity) of plant tissue.

Leaves need to be turgid to remain fully extended to maximise the surface exposed to sunlight that provides the energy to convert carbon dioxide in the atmosphere to sugars in the leaves. Plants well supplied with K also seem to be less susceptible to fungal and pest attacks.

Magnesium (Mg) is an essential element in chlorophyll and hence for photosynthesis. Crop removal is in the region of 40 kg/ha Mg. The typical magnesium deficiency symptoms are a browning/reddening of the leaf tips and margins and pronounced yellow striping of the leaf veins.

Zinc (Zn) and manganese (Mn) are two trace elements removed by maize crops – typically 500g/ha and 1500g/ ha respectively by a maize grain crop. Unless there is historically a deficit, these two elements are unlikely to be specifically included in a nutrient plan. A soil test will show this, and the best way to overcome a Zn issue is to include this in a base dressing pre-planting; Manganese deficiency is best corrected in the growing crop, with two applications of manganese sulphate – at the 4-5 leaf stage and then again two weeks later.

Maize requires a soil pH of 5.8-6.0. Soil microbial activity is optimised at pH levels around 6.0, increasing nutrient cycling and biological activity. When the soil pH drops below 5.5, Mg, calcium, K and molybdenum availability falls. There can also be a reduced effectiveness of herbicide activity at soil pH levels below 5.5 and at lower than 5.0, toxicity from certain trace elements becomes a factor in plant health. A soil test pre-planting will determine whether the selected paddock(s) require an application of lime.