Catering for dry days to come 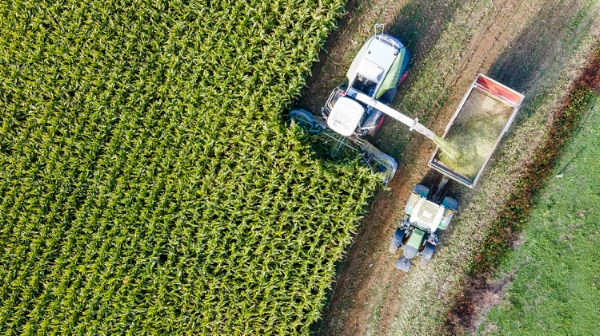 Growing a summer safe crop like maize is increasingly crucial as Waikato summers heat up, Paterangi farmer Andrew Macky says. Andrew grows between five and six hectares of maize each year averaging a yield between 20 and 25 tonnes (t). “It’s a good summer safe crop, even in a really dry year we still average a 20t crop compared to the average pasture paddock yielding 13t. Plus we can stitch in an annual and get another 8t during winter."

Maize offers high yields and good tolerance to growing in drought conditions and is also an excellent supplement to feed out to cows during those dry months. “It’s definitely been a challenging season. I’d say most people are behind. I think the girls have done exceptionally well.”

With pressures on farmers to tackle climate change and nitrogen leaching, maize could also offer up some solutions, he believes. “The drier summers we get, I think people will change their systems. They won’t be able to do a System 1 anymore and will use more crops like maize. You have to up your system to get through these dry periods. I think that’s where maize comes into its own, it just tolerates the dry more than ryegrass.” Andrew also buys in another 25t of maize to top up the bunker. He would consider growing more maize on the platform, but he wants to stay at a System 2. There is always the option of buying in more feed.

“Farming is a game of levers, the more levers you have to pull is beneficial.” 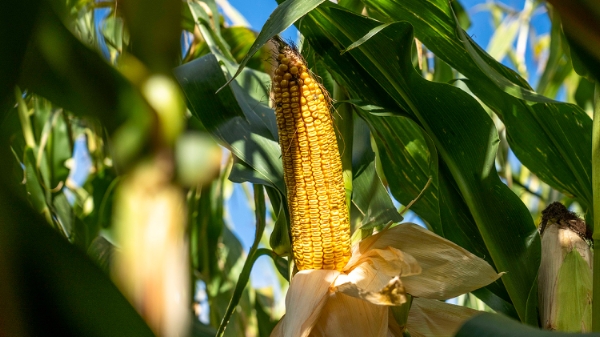 Andrew works alongside his dad, William Macky, on their rolling Waikato farm just outside of Te Awamutu, milking 320 Jerseys Once a Day. Andrew is the fourth generation to work on the family farm. He lives with his wife Holly, and their two children, Willy, 3 years, and Frankie, 1.5, with a third on the way in spring this year. Ensuring a sustainable farming future is crucial for his family, and he sees maize as a big part of the picture.

Maize works well for him. Not only does he grow extra feed, he knows he is having minimal impact on the environment. The farm drains into Lake Ngaroto only a few hundred metres away and knowing that the latest research shows maize captures nearly all nitrogen applied, including effluent, from the farm provides peace of mind that the cropping is not having an impact on the lake.

This summer he grew Corson Maize PAC 400 (previously known as Plenitude), a Dairy Platform Specialist Hybrid (DPS), for the first time, a hybrid that has high yields of both grain and silage. The hybrid is described to have impressive stature and yield, good stalk and root strength and medium-soft kernel texture with good husk cover. It has a CRM (comparative relative maturity) of 107 and is ideally placed as a longer hybrid in the upper North Island and East Coast.

The crop was planted on virgin maize ground so Andrew used conventional planting, including irrigating the paddocks with effluent, a base fertiliser and lime before cultivating with only one pass before planting. However, he is keen to try some direct drilling. Only about 40% of the farm is cropable. He has one large 5 ha paddock that has typically been used for maize for the last four years, but it was getting a bit tired and he also wanted to tidy up some other paddocks. 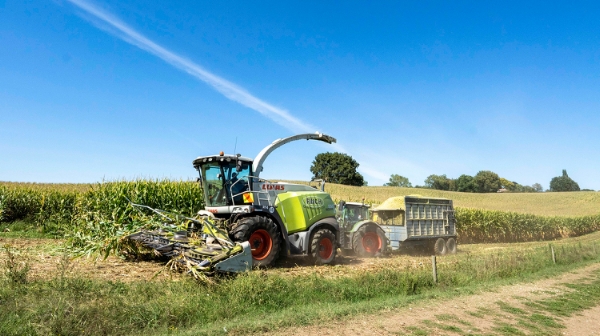 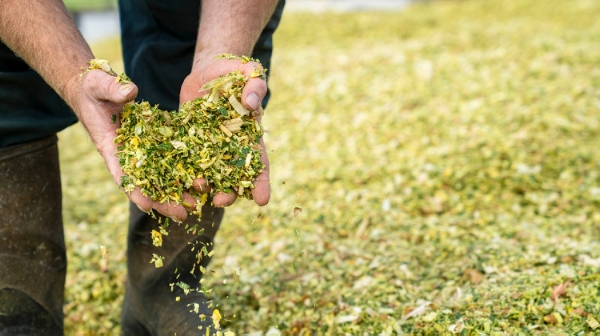 He planted the maize with two different seed rates of 95,000 and 90,000/ha with 250 kg/ha of DAP fertiliser “down the spout”. The maize also gets a preemergence spray to control weeds. He got a good strike, however, one paddock did flood after getting 35mm of rain in half an hour and they got a bad patch of willow weed in there. That was the only glitch. The crop was still quite green at harvest this year in late February, which Andrew was told was ideal.

“That’s what you want, green plants with full mature cobs with white husks.”

He typically starts feeding out maize in October through to dry off at the end of May, although he went earlier this year, feeding out in September. The cows are 1% ahead which Andrew is happy with as other farmers are behind in their production after a tough season. “I definitely think feeding the maize out earlier this year helped. I usually start feeding out in October but I started in September and the cows were 6% ahead by the end of the calendar year.”

Maize is an unbeatable supplement option to keep the condition on the cows, he says. “It’s a great feed to keep the weight on and to help the cows hold condition after calving. About a month after calving I lift the volume, which gets them in good condition for mating.” He feeds anywhere from 1 kg/cow up to 6 kg/cow depending on grass cover on the farm. The farm has a covered feed pad so the cows get the majority of their maize there, mixed with palm kernel, which ensures minimal wastage.

The herd is milked once a day and they typically get their maize in the afternoon on the way to their night paddock. The feedpad is 1km from the farm dairy so that works well to put the cows under the feedpad in the hot afternoons to give them food and shelter. He also added molasses to the maize and palm kernel mix this year because a few cows were not getting into the feed. “I added some molasses this year which was amazing. They were licking the feed bins clean; they were like dinner plates. I didn’t put much molasses in either. I’ll definitely look at doing that again this season to give them a boost as well.”

Discover why Andrew chooses to grow with Corson Maize.

Download the 2022 edition of The Maize Book to learn about our full range of maize hybrids.